Walkin’ Shoes is an album of 13 songs, all penned or co-written by Ted, that feature Ted’s adept use of poetry, humor, and lyrical directness as well as his rich understanding and of American roots music. Walkin’ Shoes is a joyous, insightful and inspiring ride featuring the rootsy rock and roll, California country and Texas and Tulsa sounds Ted is known for. Kamp’s voice is full of wisdom (“When you play rock and roll long enough, the blues is what you get,” from This Old Guitar), tongue in cheek humor (“I could have played it safe, I could have stayed in bed, but I won’t stop and stay at home, I’ll rest when I’m dead,” from “Home Away From Home”) and wistfulness (“I’m not asking for much, just a horizon and a touch of a hobo’s lullaby,” from Highway Whisper).

Kamp collaborated on Walkin’ Shoes with many talented musicians. Some of the notable co-writes are “Paid By The Mile” (with Sam Morrow), “Written in Stone” and “Highway Whisper” (with Nashville writer and artist, Carey Ott), “Freeway Mona Lisa” (with renowned Dutch singer and songwriter Eric de Vries) and “Home Away From Home” (with Pi Jacobs and Dutch music duo the Spek Brothers).

Ted played many of the instruments on the record himself (electric and acoustic bass, guitars, trumpet, trombone, Hammond organ and others). Joining him on the album are Brian Whelan on guitars and keyboards (Dwight Yoakam, Jim Lauderdale), Jamie Douglass on drums (Shooter Jennings), John Schreffler on electric guitar (Shooter Jennings, Billy Joe Shaver), Eric Heywood on pedal steel (The Pretenders, Son Volt), Don Heffington on drums (Bob Dylan, Tina and the B Side Movement) and Dan Wistrom on pedal steel and guitar (Rich Robinson). The tracks were mostly recorded at Ted’s home studio, The Den with some basic tracks recorded at Hollywood Sound and other studios around L.A. Notably, Written In Stone was recorded at the famous E Studio in Helsinki, Finland with some of the best musicians in Finland: Tommi Viksten, Tokela and Janne Haavisti who are Ted’s band when he tours in Finland. 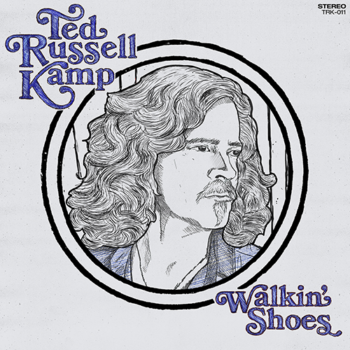