Night Owl, released in January 2013, made the top 30 on the Americana Radio Chart top 10 on the Euroamericana Chart. It’s an album filled with story songs, soulful and honest acoustic tracks and moody full band arrangements. It is more of a late night relaxing listen than many of Ted’s other records. Compiled from recording sessions in L.A., Nashville and Tulsa, it is cinematic and moody and has the heart of a singer-songwriter record.

Ted wrote or co-wrote every song on this set. Some of the notable co-writers are Charlie Starr (Blackberry Smoke), Will Hoge, Katy Moffatt, Eric Paslay, Dylan Altman and Jim McCormick.

TRK & Mark Rains at the Station House, Echo Park, CA
except for At The End Of the Day mixed by TRK & Kyle Mann
Mastered by John Golden 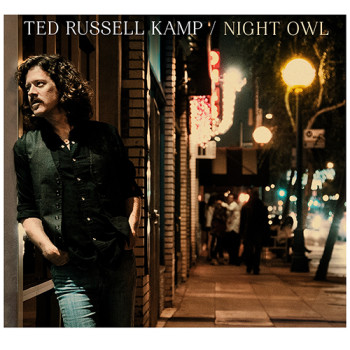