Flying Solo is the acoustic record many fans have been wanting Ted to make for years – a songwriter record of mainly acoustic guitar and singing. What you get is the song and the singer with no filler and no smoke and mirrors. The tracks are either entirely live or with a few simple overdubs.

3 songs were recorded live on the air at radio shows around the USA.
3 were from a live solo show in Helsinki, Finland (two of the 3 are solo mandolin and vocals).
The other six were recorded at Ted’s home studio in L.A.,The Den.

The album is mostly acoustic solo performances, raw and bare bones, and many of the songs are in the classic singer/songwriter style of Guy Clark, Bob Dylan, Lucinda Williams and some of Ted’s other favorite songwriters.

A handful of the songs Ted wrote on his own at home or while on the road, the others were co-written with musician friends in the L.A. country-rock scene (Kirsten Proffit of Calico, David Serby, Bobby Joyner, Nicole Gordon), in Austin (Tony Scalzo of Fastball, Gordy Quist of the Band of Heathens) or in and around Nashville (Chris Tompkins, Wayne Buckner).

One of the live-in-Finland songs is a solo mandolin and vocal version of the song “Steady At The Wheel” which Ted wrote back when he was playing with Shooter Jennings. It was the #1 song on TX radio for 6 weeks.

All of Ted’s records have tended to be full band recordings with a few acoustic or mellower tracks here and there. This is finally the solo acoustic which most accurately represents Ted’s live show when he tours solo through Europe and the US with just a suitcase and guitar. Personal, gritty and honest as it gets.

Ted – vocals, acoustic guitar, dobro, mandolin & bass
Bliss Bowen – harmonies on “When She Flies”
Kirsten Proffit – harmonies & rhythm guitar on “Life on the River”
Tommi Viksten – electric guitar on “If I Had A Dollar”

TRK & Mark Rains at the Station House, Echo Park, CA
except for At The End Of the Day mixed by TRK & Kyle Mann
Mastered by John Golden 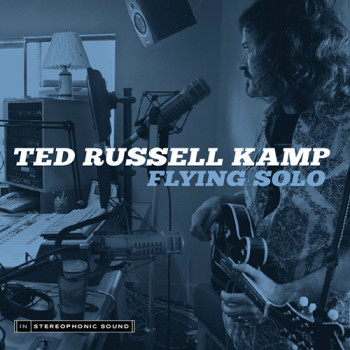